If you know of others and want them to be listed here; please contact Mick by sending an email to ku.gro.armacdleifsnam@redic

Cider and Perry 1066 before and beyond:

Cider is ensconced in a rich history within the United Kingdom. It is of popular belief that cider was introduced after the Norman Conquest, however it is now thought to have been here long before 1066.

Apple trees were in the UK well before the Romans came to town; but in typical Roman style it was their systemic approaches that introduced organised methodology to Apple cultivation. It is likely that the transient people of the time, who travelled through countries and across the seas; for example Spain and Northern France, introduced their 'shekar' (a word of Hebrew origin for strong drink) to the early Britain.

During the Roman invasion of Britain, as an inducement to stay the army veterans were given settlements on which to grow fruits thus apple orchards were introduced into Britain.

Following the Roman occupation there were waves of invasions of Britain by the Jutes, Saxons, and Danes. This led to abandonment of the orchards. When Christianity was re-established in England (in Kent in AD 597 by St. Augustin) orchards were established in monasteries. The monasteries housed both men and women and were self-sufficient.

Despite repeated Viking attacks the majority of Monasteries and orchards survived. The monastery at Ely (Cambridgeshire) was particularly famous for its orchards and vineyards.

However, it is true to say that the Normans had the most positive effect on the history of cider making. Northern France was renowned for the volume and quality of its orchards and vineyards, as indeed was Southern England, but owing to climatic changes these areas became less suitable for the growing of grapes. Gradually cider began to replace wine.

In the UK and France, cider apples tended to be grown towards the western extremities because the climatic and soil conditions were most suitable. The weather was relatively mild and the areas concerned had a fairly heavy annual rainfall. These combined factors of climate and history established the main cider producing areas of England still typical today.

The Normans were responsible for bringing many changes after their conquest of England in 1066 - perhaps cider drinking was one of better ones; unlike the key effect for peasants being rises in tax; for our nobility the cultural changes were huge. William I installed his supporters in all positions of power and dispossessed the Saxon landowners; French became the language of court, though Saxon English was spoken by the peasants. We still feel these effects today.

The conquest brought the most profound changes to apple growing in Britain. A critical change was French-speaking Normans replacing Church establishment and of course taking over the orchards.

The Normans had a strong tradition of apple growing and cider making. They introduced many apple types to Britain, the first recorded of which were the Pearmain, and the Costard.

The Pearmain was a particularly valued type of apple for cider making. The Pearmain (Old English Pearmain) was first recorded in 1204. The manor of Runham (Norfolk) had to pay to the Exchequer each year 200 Pearmains and 4 hogsheads of cider made from Pearmains. (1x hogshead = 419.667616 Imperial pints or in metric 238.480942 litres) - lucky Exchequer - that must have been some party! (Mass production springs to mind!) 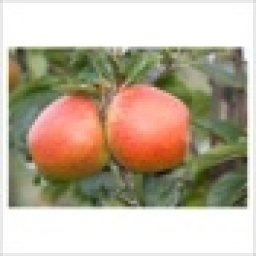 Circa 1165 - a manuscript shows a pomerium, an apple garden as of part of the plan of the garden of Christ Church monastery in Canterbury, consisting of apples and pears for eating and apples for cider making. Battle Abbey in Somerset also records the sale of cider to the public in 1275.

The Costard apple was first recorded in 1296 when 100 fruits were sold for 1 shilling. In 1325, 29 Costard apple trees were recorded as having been sold for 3 shillings. The name Costard is the originator of the word costermonger (n. street seller of fruit -apples, etc.) originally a seller of Costard apples. 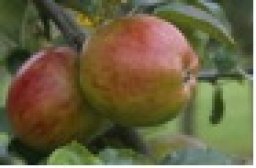 The popularity of cider grew steadily; new varieties of apples were introduced, and cider began to figure in the tax records. It became the drink of the people, and production spread rapidly. By 1300, there were references to cider production in the counties now familiar as Buckinghamshire, Devonshire, Essex, Gloucestershire, Herefordshire, Worcestershire, Kent, Norfolk, Somerset, Suffolk, Surrey and Sussex and in most other counties as far north as Yorkshire.

Cider was produced in substantial quantities on farms; every farm would have a few cider apple trees as well as cooking and dessert apple trees in the orchard, and it became customary in the 18th Century to pay part of a farm labourer's wage in cider (mmm... I could cope with my salary being supplemented with a pint or three!).

A typical allowance on a farm would be 3 - 4 pints per day. Labourers were rated by the amount they drank; one comment was that a 2-gallon a day man was worth the extra he drank! In the western counties of England in particular, a farm worker could receive perhaps one-fifth of his wage in cider.

In the latter part of the 19th Century, a campaign to stop payment in the form of alcoholic beverages brought about the addition of a clause to the Truck Act of 1887 which prohibited the payment of wages in this way!

Be Warned.... Not every Cider or Perry labelled as such is real!

Listed below are the most common ciders that CAMRA does not recognise as being real:

The most common reasons a cider or perry is not considered to be real are due to it being carbonated, pasteurised, micro-filtered, or concentrate juice has been used.